A boy was rescued alive by  Nepalese Police who was kidnapped from Kavre, Banepa about ten days ago. Police opened fire and arrested the person involved in kidnapping.

The kidnapper is Rajkumar Das who was trying to escape after taking ransom of Rs 1.2 million around 1 pm from abducted boy’s father at gunpoint.

Dash, a resident of Sonbari in Pokhariya Municipality, Parsa, has received a bullet below his knee. He is undergoing treatment at Birgunj-based Narayani Hospital. 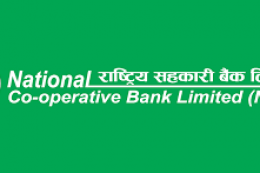 Co-operative Bank to open its branches in seven provinces

Oriental Insurance loses its profit by 97.53%