Nepali Ambassador to UK and South Africa sworn in 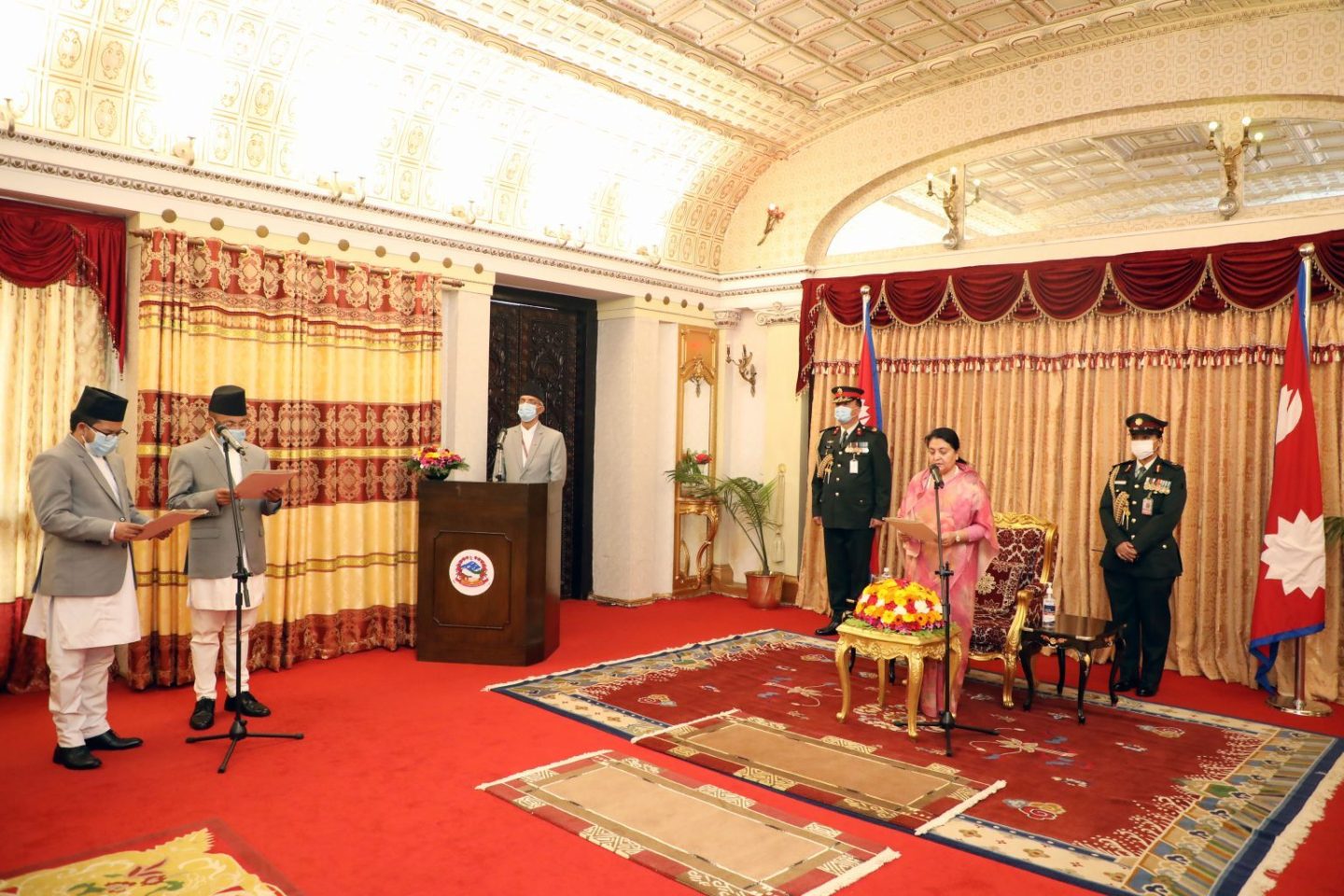 On Thursday, a special ceremony organized at the Rashtrapati Bhawan Shital Niwas where they took the oath before the President.

The Office of the President said, Minister for Foreign Affairs Pradeep Kumar Gyawali and high-ranking government officials were present on the occasion.